At Stroke Awareness Oregon, we call survivors of stroke “Warriors”.
It takes a warrior mentality to battle through stroke and recovery. Here are a few Warrior stories along with the Heroes who helped them.

A Story of Hope –
The Kaplans

View the Kaplans’ story of how acting F.A.S.T. made a difference in their lives. 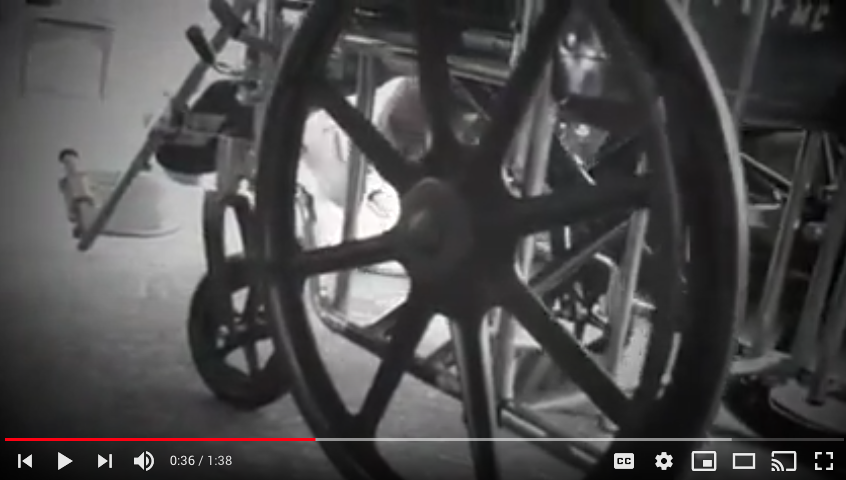 Julie Ritchie-Cody registered a bubbly 85-year woman at Providence Willamette Falls Medical Center. When the woman returned the next day, Julie saw something was wrong and acted FAST.

Pamela of Bend Oregon was in Palm Desert on January 1st of 2017 when she suffered from a severe stroke. Her clot was so big it was difficult to treat and left Pamela with lack of mobility to one side of her body. She worked very hard every day putting effort into her recovery, spending three hours a day on physical therapy, occupational therapy, as well as speech therapy. After spending some time in the hospital and focusing on recovering in Palm Desert, she made her way to Bend Oregon to continue her journey. Read her story here.

Lawnae Hunter was soaking up the sunshine in the Turks and Caicos on December 14th, 2014 when she decided to join her nine-year-old granddaughter for the waterslide. She had traveled with her children and grandchildren to enjoy some vacation time on the remote Island. But to everyone’s surprise when Lawnae hit the water at the end of that water slide, her life would be changed forever. As she hit the water, she felt relatively fine until her family members noticed the droopiness that had affected the left side of her face and immediately took her into the hospital. The Islands hospital had her flown to Florida to get treatment for her stroke. When she arrived in Florida it was confirmed she had suffered an ischemic stroke, but that was not all they had found. They had also located a meningioma brain tumor that was non-cancerous, not thinking it would grow or move, they left did not remove it.

After spending some time in other hospitals, she returned to Bend on June 15, 2015. But shortly after her return she had noticed her recovery had started to reverse and get worse. She went into hospitals and it was there they discovered her brain tumor was in fact growing and needed to be removed immediately. After the surgery, Lawnae went right back into the healing and recovery process with even more determination.

During all her trips to the Hospital she met Dr. Steve Goins, and the two discussed their passion for stroke prevention and awareness. Together the two created a 501C3 non profit organization called SAO, Stroke Awareness Oregon. This group they created was to help spread the word of signs of stroke, stroke prevention, and supporting each other in the journey of life after stroke.

She continues to support SAO, and all the people in the community who have helped build and support it. She is very thankful for all her friends and family who have stood by her side as she continues to become stronger every day.

Asa was born in Austin Texas, brought to Bend for the warm summer days and the heavy powder ski slopes that surrounded the beautiful city. He was only a young man when his life changed overnight.

It all began on January 1st, 2016.  When Asa woke up to stiffness in his right arm, but thinking he had slept on it wrong, he simply brushed off the pain and went back to sleep. As he awoke again, he tried to make his way out of bed when he fell to the ground, not being able to move his right side, he instantly knew something was not right. After struggling to get his body to move, he eventually got ahold of a phone to call his friend for help. The person on the other side of the line picked up and as Asa tried to explain what was happening he couldn’t get out the words. Luckily, Asa’s friend could tell something was wrong due to the lack of Asa’s ability to form a sentence, so he immediately called for help and Asa was rushed to the hospital.

At the hospital, Asa was informed he had suffered a stroke. He knew in that moment he needed to start the recovery process right away, and he did just that. Asa has been determined in his therapy since the stroke and continues to work hard to become stronger and to achieve his goals. He routinely walks to Jackson Corner or Thump Coffee to strengthen his body and savor a good cup of coffee.

Currently, Asa works with autistic children and enjoys giving back to the community. He is passionate about working with other stroke survivors to encourage them on their journey. A full-time student working on a Masters degree, Asa enjoys the outdoors and spending time with his dog, Fancy.

“Stroke is something I am going to get over.” -Asa

Living in Joseph, Oregon with Debbie his wife, Bill’s life was full.  A real estate broker with an active social life and a thriving company…until Thursday October 24th, 2014 when everything changed forever.

Bill experienced a Lacunar stroke which left him with right side paralysis, impaired vision, loss of speech and difficulty swallowing.  On Friday, Debbie took him to the ER because of symptoms but Bill had been planning a banquet and decided to return home.  On Saturday, they realized things were not getting better.  They called 9-1-1 and at the hospital they were told why he was experiencing all the issues with his body.

On Halloween he was flown to Bend where he had family that could support him and Debbie.  He spent 30 days in in-patient care.  Following release, he and his wife decided it was best if they were to stay in Bend.  They closed their real estate office and moved their things into a relative’s home.  In April they sold their Joseph home and purchased a townhome in Bend.  It was difficult losing their friends and lifestyle.

Though moving to Bend and working to recover from the stroke has been challenging, Bill continues to set goals for himself.  He loves to ride his trike through the neighborhood and is an avid swimmer involved in aquatic therapy.  He has made many new friends and is involved in Stroke Awareness Oregon support groups as is Debbie.  Speech is coming back with much effort as are walking and communication skills.  Bill is a role model to many and will continue lifting others up and helping them on their journeys.

Click the button below to subscribe to our mailing list. You will receive our free monthly newsletter that links you to information about stroke, support groups and other events as well as important health and research updates about stroke.  We keep your information confidential.