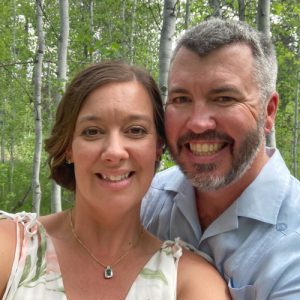 Asa was born in Austin Texas, brought to Bend for the warm summer days and the heavy powder ski slopes that surrounded the beautiful city. He was only a young man when his life changed overnight.

It all began on January 1st, 2016.  When Asa woke up to stiffness in his right arm, but thinking he had slept on it wrong, he simply brushed off the pain and went back to sleep. As he awoke again, he tried to make his way out of bed when he fell to the ground, not being able to move his right side, he instantly knew something was not right. After struggling to get his body to move, he eventually got ahold of a phone to call his friend for help. The person on the other side of the line picked up and as Asa tried to explain what was happening he couldn’t get out the words. Luckily, Asa’s friend could tell something was wrong due to the lack of Asa’s ability to form a sentence, so he immediately called for help and Asa was rushed to the hospital.

At the hospital, Asa was informed he had suffered a stroke. He knew in that moment he needed to start the recovery process right away, and he did just that. Asa has been determined in his therapy since the stroke and continues to work hard to become stronger and to achieve his goals. He routinely walks to Jackson Corner or Thump Coffee to strengthen his body and savor a good cup of coffee.

Currently, Asa works with autistic children and enjoys giving back to the community. He is passionate about working with other stroke survivors to encourage them on their journey. A full-time student working on a Masters degree, Asa enjoys the outdoors and spending time with his dog, Fancy.

“Stroke is something I am going to get over.”